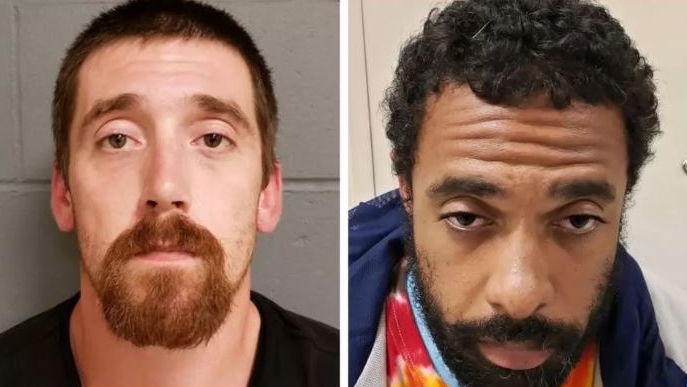 DOVER - Two Rochester man were arrested on drug charges Sunday after they attempted to elude police during an early morning traffic stop on Old Rochester Road.

The incident unfolded around 2:30 a.m., when a State Police trooper was traveling north on Old Rochester Road in Dover and watched as a vehicle traveling south failed to dim its headlights. The trooper reversed direction to conduct a motor vehicle stop, but the vehicle, a 2001 Jeep Grand Cherokee, had increased its speed to approximately 80 mph in an apparent attempt to elude apprehension, police said.

Police said the operator of the Jeep continued to drive in a hazardous manner and was unable to maintain lane control as it traveled west on Indian Brook Drive then north onto Sixth Street. Shortly after turning onto Sixth Street, the Jeep came to a stop near 385 Sixth St. and both occupants of the vehicle were taken into custody without further incident, police said.

Day was also charged with operating without a valid license, reckless driving and disobeying an officer. The passenger, Adrien Sanders, 34, was charged with control of premises where drugs are kept. Day and Sanders were released on bail and are scheduled to appear in the Dover District Court Oct. 6.

New Hampshire State Police Troop A was assisted by the Dover Police Department during the incident.

State Police ask anyone who has information to contact Trooper Petros Lazos at (603) 223-4381 or Petros.Lazos@dos.nh.gov.