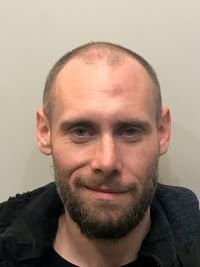 ROCHESTER - Rochester Police responded to eight motor vehicle accidents during Saturday's snowstorm, including a rollover on Salmon Falls Road and a motorist stuck in a culvert who was arrested for DUI.

Most of the accidents were minor, many of them slideoffs into snowy shoulders and ditches.

Three of the accidents occurred around 2:10 p.m., with two on Salmon Falls Road and one on Rochester Hill Road.

Police made one arrest in connection with the accidents when an officer driving on Farmington Road around 5:30 p.m. noticed a vehicle off the road and into a culvert on the southbound side by Coyote Creek. When the officer stopped to check on the vehicle the operator was determined to be impaired and on a suspended license, Rochester Police Capt. Todd Pinkham said today.

Dillon Spencer, 32, of 365 Portland St., was arrested for DUI and being on a suspended license due to a prior DUI.