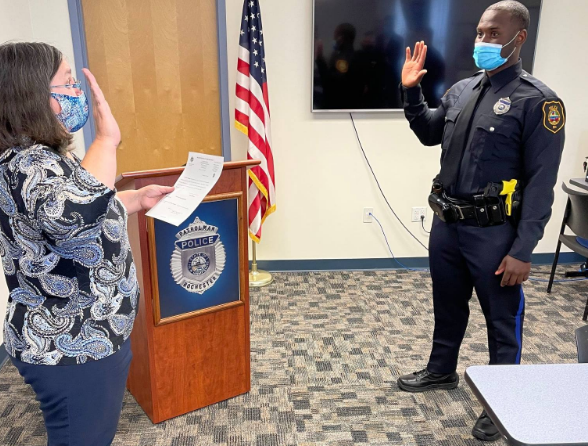 ROCHESTER - Rochester Police announced on Wednesday that they have sworn in a new officer who will begin his duties upon completion of training at the New Hampshire Police Academy.

Romeus has a bachelor's degree in criminal justice with a minor in psychology, according to the department's post on Facebook. He is also bilingual speaking both English and French.

Among those congratulating him on Thursday was Revere (Mass.) Police Sgt. Chris Giannino,

"He was my intern at Revere Police Department," Giannino wrote. "He will serve and protect your community. He has a magnetic personality and was a pleasure to mentor. Congratulations to both Duche and Rochester."

Romeus will begin his duties with RPD after 16 weeks of training at the Police Academy, which begins on Monday.