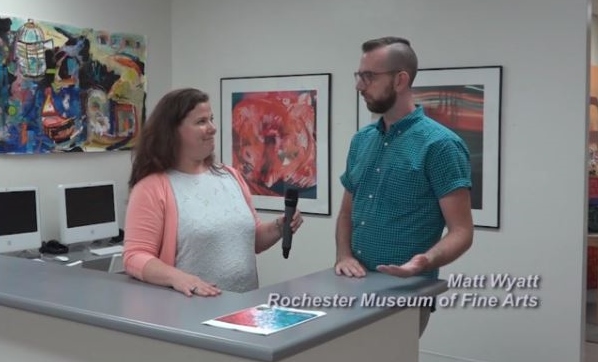 The channel won second place in Municipal/Government Programming and tied for second place in Profile Talk Show. The awards were given out on Oct. 31 as part of the ACM Northeast Region Conference in Portland, Maine.

Rochester Government Channel Coordinator Celeste Plaia chose to enter the videos because they highlighted some of the great work that Rochester's residents and volunteers do.

She said that city staff stepped out of their comfort zone to make the videos, as they felt very passionate about the projects and the community involvement.

"To have been chosen for these awards was an honor and a testament to the hard work of our staff, including Senior Planner Michelle Mears and former Economic Development Executive Secretary Jennifer Murphy-Aubin," Plaia said. "These videos showcase the talent of our staff and others and give a glimpse of what happens behind the scenes every day in Rochester to make it the great community that it is."

The Nor'Easter Awards Video Festival featured 21 categories across a range of programming.

In the Profile Talk Show category, which recognizes a live or pre-recorded monologue or opinion/interview-based discussion of a person or event to generate interest and educate the public, Rochester Government Channel won for an interview with Rochester Museum of Fine Arts co-founder Matt Wyatt.

In the Municipal/Government Programming category, which recognizes local government programming that features government-at-work or coverage of city or town-hosted events, Rochester Government Channel won for a feature on the Rochester City Hall Annex Restoration Project.

To learn more about the Rochester Government Channel or to view more programming videos, visit the channel's Vimeo page at https://vimeo.com/cityofrochesternhgovtv