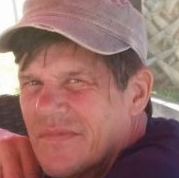 He was born Dec. 4, 1959 in Ipswich, Mass., the son of Cynthia (White) Mclean Cameron and the late Roderick L. McLean. Rick worked at Profile Stateline in Lebanon for many years.

The family enjoyed teasing Rick who upon hearing of his sisters Beckys' birth cried out, "I wanted a brother, even the dog is a girl". He never expected the birth of his daughter Nicole to be the greatest joy of his life. Rick was a fierce competitor and if you could not hold your own in cornhole, horseshoes, or cribbage he booted you off the team. Michele never got booted. Loved his NASCAR family as he called them, prompted him to gather his four sisters to Loudon, NH last summer to meet each other; wonderful memories were made. He was proud to be a direct descendant of a whole bunch of Mayflower passengers and thought that was pretty cool.

He leaves behind a family he loved to include his daughter, Nicole McLean of Rochester, NH; sons, Roderick of Jamaica Plain, MA, Matt of Texas, Tom of Boston; his wife, Elaine (Kelley) McLean; longtime companion, Janice Jones; many grandchildren including, Nicolette, Landon, Julian who he had a special bond with; sisters, Lisa Sims-McLean, Michele McLean, Jennifer Duffy, Victoria McLean and many nieces and nephews. He was predeceased by siblings Rebekah and John.