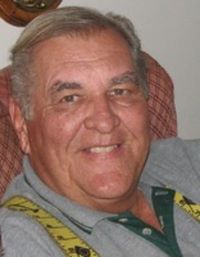 Rodger was born in Philadelphia, Pa., on Oct. 13, 1941 to Elsie Schmidt and Frederick Lotz. He grew up in Pennsylvania and New Jersey and graduated from Rutgers University. Following college, Rodger joined the Air Force, where he served 20 years. After retiring from the Air Force, Rodger became an entrepreneur starting a sales representative and antique business with his wife Diane. In retirement, Rodger enjoyed traveling with Diane and they spent many winters with friends near Orlando Fla. Rodger also enjoyed summers on the lake, taking his sons fishing, his grandchildren tubing, playing petanque and socializing with family and friends.

Rodger is survived by his devoted wife of 34 years, Diane, his sons Jim, John, and David, his daughter Wendy, 6 grandchildren and 2 great grandchildren. In addition to his parents, Rodger was predeceased by his granddaughter Jillian. He will be deeply missed by his family and friends who will always remember Rodger as fun-loving, generous, kind and having a deep commitment to family.