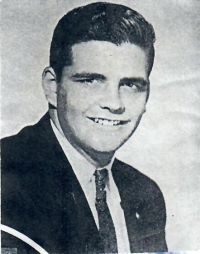 ROCHESTER - Roger W. Lachance, 76, died on Friday, November 20, 2020 at Maine Medical Center after a brief illness. Roger was born in Rochester on February 14, 1944, the son of Armand and Rose (Levesque) Lachance.
Roger graduated from Holy Rosary High School class of 1962. He was also a graduate of the General Electric Apprentice Program and received a BS in Electrical Engineering from UNH in 1968. He later went on to receive his MBA from Northeastern. He went on to work for GE for 40 years at the Somersworth plant holding a variety of managerial positions. He had the opportunity to travel extensively during his career there.
Upon his retirement, he opened and started his own successful business, ScrapSafe, of which he was very proud and the company is still going strong.
When Roger was in high school, he was one of the original members of the Graniteer's Drum and Bugle Corps. While at UNH, his senior engineering project was to build an underwater habitat called Edalhab. The team built the lab at UNH, moved it to Alton Bay and took turns living in it for four days. The Edalhab went on to be used by the Navy for a number of years and is now a permanent display at Ordion Point.
Roger was very active in Westside Little League when his sons were young. He managed the Rotary club team for many years. HIs biggest contribution to Westside was that he was on the original team of parents who went out and got pledges from the community to raise funds to get Westside up to Roger Allen Park. He also, like many other parents, was up there on many weekends doing whatever they could do to make the process go faster.
Roger was a Trustee of Frisbie Memorial Hospital for over 20 years and also sat on the board of Beacon Trust for a number of years.
Roger leaves his wife of 51 years, Jean Ann; his daughter Jennifer and her husband John; his son Jason and his wife Amanda; and his son Justin. He also leaves his three amazing grandchildren, Kaitlyn Ford, and Will and Charlotte Lachance. He is also survived by his brother, Donald of Gonic. He was predeceased by his brother Richard, his parents Rose and Armand Lachance and his in-laws, Joseph and Doris Adams.
Roger was an avid golfer and for many years took an annual golfing trip to Hilton Head with a group of friends. He also loved football and every year gathered with a group of friends to watch the playoffs and root for the Pats. But his greatest pleasure was the time that he spent with his grandchildren whether it be watching a volleyball game, a soccer match, a cross country race or playing cards with them.