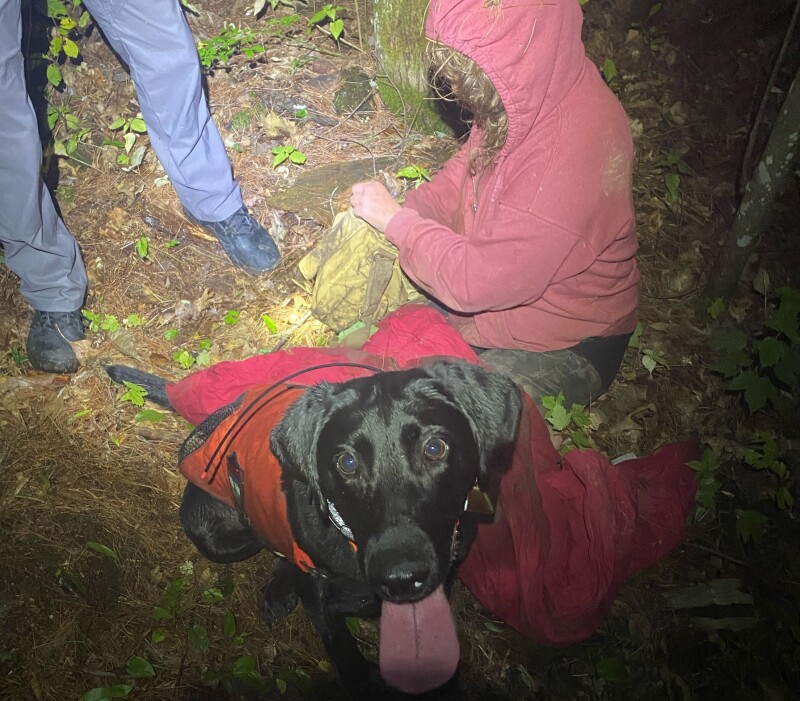 South Berwick Police had located an unattended vehicle at the Vaughan Woods State Park in South Berwick around 11 p.m. on Wednesday.

When police contacted the family regarding the owner of the vehicle, they learned that Jennifer Foxlow, 35, of Rollinsford, N.H., had not been seen since about 10 a.m. earlier that day. An initial search of the area by police and a York County Sheriff's deputy and K9 did not turn up anything, and they contacted the Maine Warden Service about 1:15 a.m. early today.

Maine Game wardens began searching the woods in the state park around 2:15 a.m. A little after 4:30 a.m., Game Warden K9 Luna struck a scent, and raced off deeper into the woods. When Latti called out for Luna, Luna barked, indicating she had located the missing person at approximately 4:45 a.m.

Game Wardens assisted Foxlow out of the woods, and an examination by York County EMS revealed no apparent injuries, but she was transported to Wentworth Douglass Hospital in Dover, N.H., as a precaution. There is no further information on her condition at this time.

The Maine Warden Service was assisted in the search by South Berwick Police, York County Sheriff's Office, and York County EMS. This release will be updated if new information becomes available.