Salinger, Scenic deal good for developer, residents taxpayers not so much 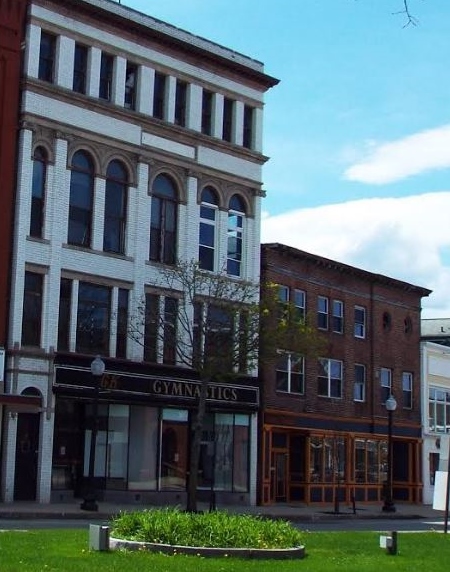 Recently the City of Rochester entered into an agreement with Chinburg Developers to revitalize the old Scenic Theater and Salinger Block in downtown Rochester.

This sweetheart deal involves the giving to Chinburg, free of charge, both of the buildings. As far as I can tell, these buildings cost the taxpayers well over $200,000 in the form of unpaid taxes, cash, and transfers of property to past owners.

But the sweet deal doesn't end there. The purchase and sale agreement stipulates that the city demolish, at taxpayer expense, the unwanted rear sections of both buildings. The bids for that work aren't in yet but I anticipate expenses into the hundreds of thousands.

But that's not all. Due to unknown environmental issues, the bids don't need to include any expenses for remediation of asbestos, oil spills, oil tanks, (both known issues) lead paint, or any other unforeseen environmental concerns. Those will also be paid by the taxpayers.

There's more though. Since Chinburg cannot show parking, the city has generously agreed to lease to Chinburg 45 of the 60 available parking spaces in the adjoining public lots. Too bad for those that park there now, I guess you're on your own.

Finally, the purchase and sale agreement hinges on the city granting Chinburg a 79-e tax exemption to the full extent allowed by statute. This means that Chinburg won't be paying taxes on his roughly 8.1 million dollar improvement for 11 years. With a total current assessment of both buildings at $258,600, Chinburg Developers will only be paying about $6200 per year in taxes for the next 11 years. Not bad for an 8 million dollar building. I'll bet a good number of people reading this pay more in taxes than they will.

This is a bad deal. The taxpayers won't be whole for well over ten years, there will be additional burdens on all of our city services and longtime residents, merchants, and their customers will be displaced from their parking spots leaving the taxpayers having to spend more money buying and developing additional parking. All for what? So a rich developer can get even richer? Corporate welfare anyone?