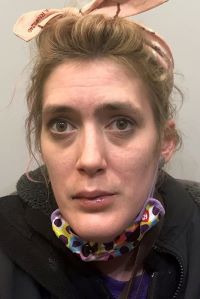 ROCHESTER - A Sanbornville woman was arrested for DUI on Wednesday following a three-vehicle accident at the intersection of North Main Street and Ten Rod Road.

Police responded to the crash around 2:30 p.m. and found that two vehicles were stopped in traffic when a third hit one of them, causing a chain reaction crash.

The incident began when Katrina Ferrill, 33, and driving a 2010 Honda Fit, plowed into Kimberly Mason, 32, of Rochester, whose 2015 Buick Encore then rearended a 1999 Jaguar 4D driven by Nancy Szwyd, 59, also of Rochester.

While investigating the accident, officers determined Ferrill was driving under the influence.

Mason was issued a summons for driving after revocation/suspension.