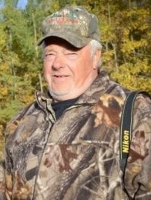 SPRINGVALE, Maine - A city of Sanford employee who was struck and killed by a city-owned truck he'd been operating just prior to his death was part of a two-man team putting up Christmas decorations.

William "Bill" Thyng, 71, died at the scene soon after the accident occurred around 1:30 p.m. on Monday. He and another man were using a bucket truck to hang the decorations on Main Street in Springvale in front of the Springvale District Court, Sanford's city manager said in a statement.

Thyng had been a seasonal worker for the city for the last seven years.

This crash continues to be investigated by the Sanford Police Department with the assistance of the Maine State Police Commercial Vehicle Unit. OSHA is also investigating.