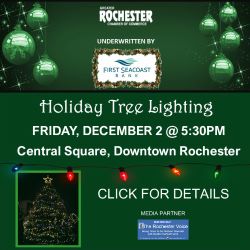 Saying she reflects our values an insult to Granite Staters; vote for Bolduc

General Bolduc stands for cutting the federal budget to lowering taxes. He believes a strong economy that puts the American taxpayer first will increase jobs and productivity. Cutting spending and then increasing production will slow down inflation. He advocates stronger borders by increasing the number of agents, enforcing e-verify, and keeping health order Title 42 to expelling recent border crossers during the high transmission time of communicable disease.
Restoring energy independence is his priority with strong domestic energy: exploring and drilling in the U.S.A! He also wants to implement strong American world leadership by focusing on shoring up national security, the US supply chains, and our economy.
General Bolduc's record as a Special Forces General included 10 tours of duty in Afghanistan over a 33-year career as a soldier. He received two awards for valor, five Bronze Star medals, and two Purple Hearts. He is a tireless advocate combating the stigma around and treatment for post-traumatic stress (PTS). I believe his outstanding career as a soldier prepares him well. He knows our enemies both foreign and domestic. I believe he will defend our liberties in the Senate by enforcing the Constitution; the wall between liberty and tyranny as intended by our Founders.
Labeling candidate Bolduc an extremist and insinuating that he will be a mouthpiece for big oil does not hide Sen. Hassan's record of total support for the Biden Administrations anti-American loyalty to globalism, failing to protect our border against invasion, and giving us skyrocketing gas prices. Further, her frequent claim that she is for NH values is an insult to Granite Staters. If liberty is to be preserved, Biden Administration values that she represents do not belong in New Hampshire or any state government. I believe even Democrat party members are perceptive enough to see through Senator Hassan's political sidestepping.
I stand for Bolduc. He gets my vote on Nov 8.
- Russ Payne,
Merrimack
Read more from:
opinion
Tags:
None
Share: