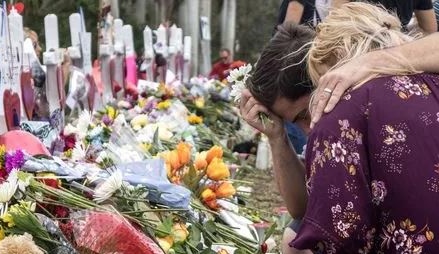 Seeking to ease jittery students and parents after last month's St. Valentine's Day school massacre in Florida and a rash of disturbing incidents at local schools, area school officials will be meeting next week to talk publicly with police and a concerned public in an effort to calm fears and carry on with learning.

Rochester School Superintendent Michael Hopkins said Tuesday's public meeting at Rochester Middle School will be looking to assure parents that Spaulding High School and all the city's schools have full emergency operational plans already in place, including an active shooter.

"We have plans for fires, earthquakes and other catastrophes. An active shooter drill is just a small part of it," Hopkins said on Friday.

Rochester currently has armed school resource officers at the high school and middle schools and a third resource officer who shares his time at the city's eight elementary schools.

He said school and police officials on Tuesday will be sharing with parents and concerned citizens some of the security measures already in place,

"We have a very high level of security in the schools compared to just 10 years ago," Hopkins added. "Everyone is focused on the active shooter, but that is just part of our overall security focus."

An important topic Hopkins said he'll undertake on Tuesday is to try to address how the anxiety and stress fueled by the Marjory Stoneman Douglas High School shooting in Parkland, Fla., in which 17 students and staff were killed, can be mitigated against the backdrop of concern currently felt nationwide.

Hopkins said he thinks there are things that can be done to ratchet down the worries and fears many are now feeling.

Indeed, the tension that has become palpable since the Parkland shooting may have manifested itself locally in disturbing school incidents at Somersworth High, Nute High and Library in Milton and at Noble High in North Berwick.

On Feb 20 Somersworth Police investigated a social media post that said a certain student "liked to threaten to shoot up schools," which led to the arrest of another student purporting to be the one threatening violence. He was charged with attempted falsification of physical evidence.

Then earlier this week one Noble High student was arrested and another suspended after making nonspecific threats against the school.

And on Tuesday in Milton a former Nute High student who had dropped out forced a lockdown when he gained entrance to the school common area and refused to leave when told to do so by school administrators.

The student, Guerdon Zerbinopoulos, 18, of Milton Mills, finally ran out of the building after another student and was locked out, police say. He then began hitting the "outside of the building with his hands and feet, then got in his car, revved the engine and drove toward the building's pillars but did not strike them," police said.

On Thursday The Rochester Voice published a story in which a Milton grandmother demanded that Nute High and Library utilize the services of an armed police resource officer just like ones currently used at other area high schools like Spaulding, Somersworth and Noble.

Milton Police Chief Richard Krauss said on Friday that he would have no comment on the use of an armed school resource officer, but would be talking at the next school board meeting about school safety plans and other ideas.

Nute High and Middle School Principal Jan Radowicz said on Thursday that she would welcome Krauss' input on student safety and school security.

That school board meeting will get under way on Wednesday at 6 p.m. in the selectmen's meeting room at Town Hall.

MSAD 60 Superintendent Steven Connolly did not respond to a request for comment on this story.