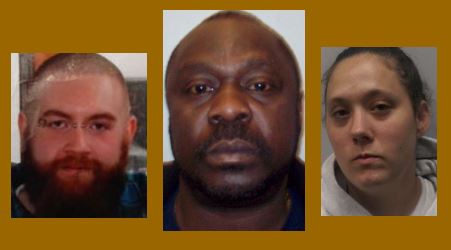 ROCHESTER - In what one police captain calls a rare if not unprecedented set of circumstances, a second individual has been indicted in the heroin overdose death of a Rochester man two years ago.

Joe Lee, 58, of 10 Church St., Gonic, has been formally charged with Acts prohibited-Death resulting, in the death of Jason Danner of Rochester, who died after being taken off life support following a heroin overdose suffered June 23, 2014. Danner died a week later at the age of 30.

Jennifer Harriman, 34, of 141 Flagg Road, Rochester, was sentenced last month to six to 12 years in prison for giving Danner the drug.

According to the new indictment, Lee "knowingly distributed the ... drug heroin to Jennifer Harriman who subsequently distributed it to Jason Danner and Danner ingested the drug resulting in his death."

Rochester Capt. Gary Boudreau said on Monday he could not recall two indictments such as these trickling down from the same overdose.

Lee could face life in prison if convicted.

An indictment is not an indication of guilt, only that enough evidence has been granted to warrant a trial.