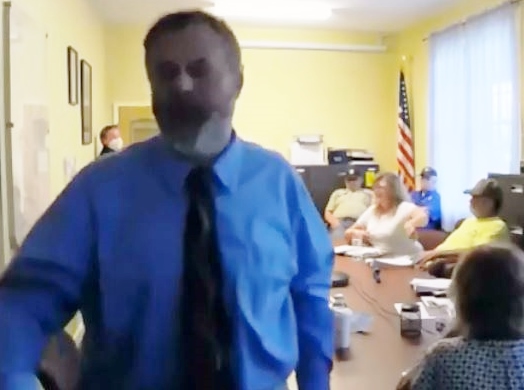 LEBANON, Maine - Selectmen on Thursday will likely continue their search for a moderator for an upcoming Public Hearing where arguments will be made on whether the selectboard chair should be recalled.

If the recall vote prevails, Selectboard Chair Charles Russell would be the first sitting selectmen in the town's history to be removed from office.

Selectmen discussed the possibility of having longtime Lebanon moderator Richard Nass of Acton moderate again, but Russell told the board that former state rep and selectwoman Karen Gerrish, the originator of the recall petition, had contacted Nass prior to the town.

Selectman Jeff Adams said while he thought highly of Nass, the fact that Gerrish had reached out to him first might give it the appearance of a conflict of interest.

"If it was my trial I'd want somebody else," he said.

Selectperson Corinna Cole asked whether the town clerk might choose the moderator, but in the end, Russell urged Adams to try to find an alternate.

Meanwhile, the public hearing is set for Oct. 3, a Saturday at 10 a.m.

A letter to the editor from Cole regarding the meeting is on today's Opinion section and can be found here.