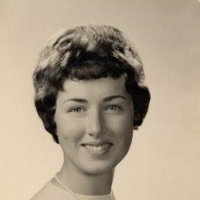 WINDHAM - Sheila Durkin Stockbower, 75, of Windham, died Saturday, June 27, 2020 at Mass General Hospital, Boston. She was born in Dover on October 30, 1944 to John J. and Kathleen Goggin Durkin.
Sheila graduated from St Mary's High School in 1962. She later graduated from Mt. St. Mary's College in Hooksett. She was a resident of Windham for the past five years, formerly of Wakefield and Burlington.
Sheila was a retired appointment coordinator for Lahey Clinic in Burlington, Mass. She also taught for many years around the globe including New Hampshire, Massachusetts, California and Germany. She was a member of Salem Bible Church in Salem. Sheila's greatest pleasure was being with her grandchildren. She loved to be with them and teach them in God's truth and His ways.
Sheila is survived by her husband, Peter W. Stockbower of Windham, stepchildren, Anne and her husband, Chris Curran of Holden, Mass., David and his wife Raquel Stockbower of Dover, and Susan and her husband, Emerson Suares of Portsmouth; grandchildren, Jason, Tatiana, Jeala, Jared, Madeline, Will, Xandy, and Allen; her siblings John Durkin of Dover, Jeremiah Durkin of Northport, Fla., Mary Abernathy of Sarasota, Fla., Helen Twomey of Newburyport, Mass., and Larry Durkin of Addison, Maine; many nieces and nephews. Sheila was predeceased by siblings Mrs. Margaret Rose Lawrence, Mrs. Kathleen Menounos, Paul, Dominic, Phillip and James Durkin.