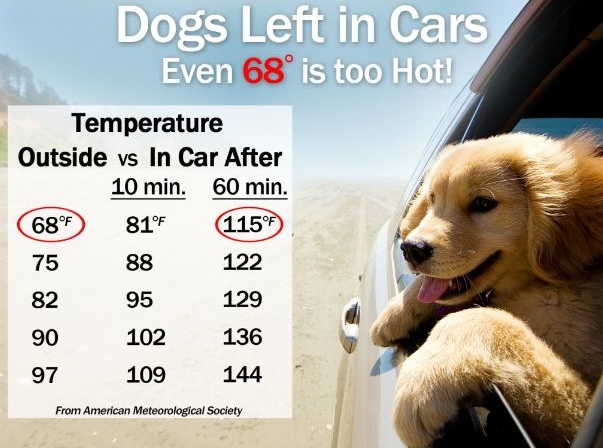 DOVER - The Strafford County Sheriff's Office is investigating whther charges should be brought forth in connection with an incident Tueday in which two dogs were left unattended in a car in the Strafford County courthouse parking lot.

SCSO Executive Director Dan Auger said the incident unfolded around 2 p.m. when several passers-by noted the two animals were inside the car alone.

Heat indexes on Tuesday reached over 100 degrees by midafternoon.

Auger said the fact that the two canines were in the car alone during one of the hottest days of the year "raised some alarms."
A couple of court security personnel responded to the car to check on the pooches and while gathered there with a group of concerned citizens were relieved to have the owner of the car return to their vehicle.

Auger said the Sheriff's Department will now review parking lot surveillance footage before deciding whether any charges should be brought forward.

The Sheriff's Office took the opportunity to remind pet owners that temperatures inside a car can elevate quickly on hot days and can result in serious injury or death to animals left inside.

If anyone encounters a child or animal in a vehicle unattended they should contact their local Law Enforcement Agency immediately.

If anyone needs more information regarding pet safety, please call the Cocheco Valley Humane Society at 603-749-5322