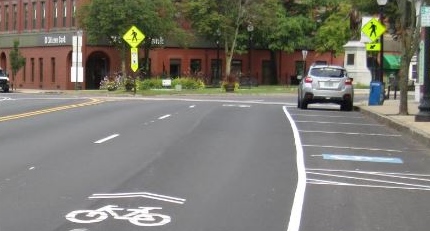 ROCHESTER - Fueled by recent complaints from several downtown businesses, Rochester Police on Saturday sent out a contingent of mountain bike patrol officers to enforce traffic rules that apply to pedestrians, bicyclists and skateboarders.

As a result, 10 bicyclists were stopped for infractions, including six who received summonses to district court, while four received warnings.

Rochester Police Capt. Todd Pinkham the enforcement action was planned and in response to several complaints by business owners who said bicyclists riding on sidewalks were interfering with customers getting two and leaving their stores.

"This was a preplanned operation utilizing our mountain bike officers," said Pinkham, who added the most frequent complaints had been bicycling and skateboarding on sidewalks and pedestrians not following traffic signals at intersections and walking onto sidewalks without proper presentation to moving traffic.

No one was flagged on Saturday for improper skateboarding or pedestrian traffic infractions, but the bicycle warnings and summonses included nine for being on the sidewalk and one for riding the wrong way.

Being ticketed for such an infraction means a $62 fine, Pinkham said.

Pinkham said the bicycle scofflaws' reaction upon being caught and summonsed "ran the gamut from complaining to taking issue with to taking full responsibility."

He said while another such round of patrol and enforcement isn't on the schedule, it could happen down the road.