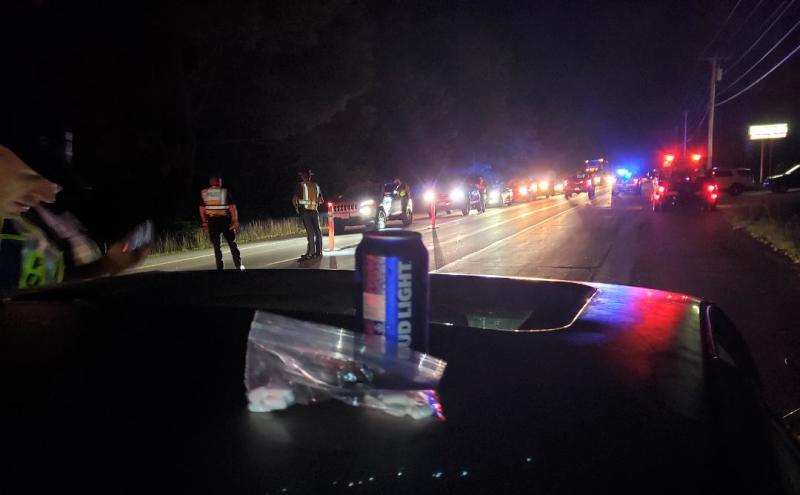 One of the drivers charged as a result of the sobriety checkpoint had a beer within easy reach. (Maine State Police photos)

In all more than 850 vehicles were stopped at the checkpoint and information handouts were given about impaired driving and the efforts to curb it. Field sobriety tests were given to 25 of those drivers. In addition to the OUI charges, six other drivers were charged with various offenses, including violating bail conditions, operating after suspension of their driver's license and driving without a license.