Slick roads lead to flurry of accidents, but luckily no serious injuries 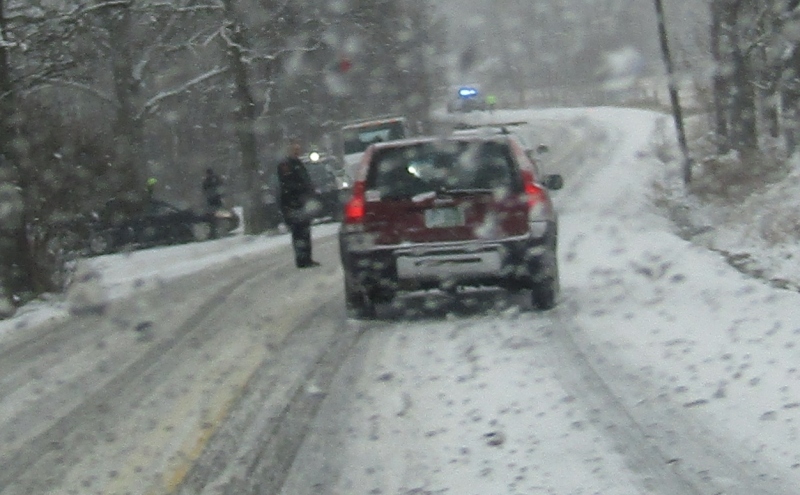 Tuesday's all-day storm event led to a flurry of accidents throughout the Northern Seacoast, including two in Rochester on Salmon Falls Road that occurred within 15 minutes of each other as the snow piled up quickly.

Rochester Police Capt. Todd Pinkham said the two occurred at 10:30 and 10:45 a.m. in the area of the "S" curve on Salmon Falls Road about a half mile north of Haven Hill Road.

Pinkham said the two accidents each involved collisions between two vehicles, some of which sustained heavy damage and had to be towed.

Immediately after the pair of crashes and for some time after, police stationed cruisers on each end of the curve to warn oncoming motorists of the slick roads they were about to navigate.

Meanwhile, Farmington Police reported just two storm-related runoffs, one on Tuesday on Hornetown Road and one this morning on Orange Road, both of which resulted in no injuries.

In Milton Police Chief Richard Krauss reported they'd had just one spinout with no injury.

Lebanon, Maine, reported three storm-related crashes, including one personal injury which is thought to be minor.