So far, only two have taken out nomination papers for selectman's seat 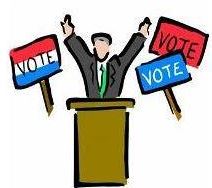 LEBANON - As of this week only two Lebanon residents have taken out papers for the selectmen's seat being vacated by the retiring Paul Nadeau.

The deadline for returning signed nomination papers is April 13.

Nadeau told The Rochester Voice earlier this month that he would be retiring due to his hearing taking a slight turn for the worse.

Philbrick served on the board from March 2014 to June 2015 when he lost his seat to Nadeau.