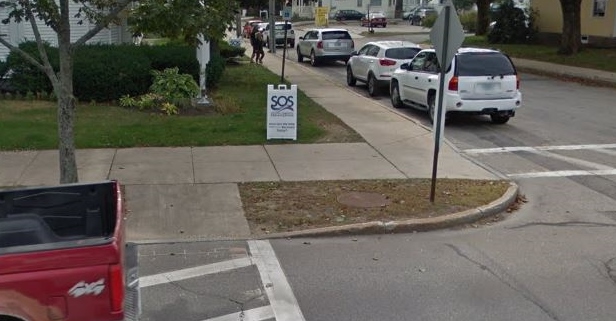 SOS Recovery Center is located inside the First Congregational Church in the downtown. (Courtesy photo)

ROCHESTER - SOS Recovery Center Director John Burn pushed back hard over the weekend decrying a petition that says his downtown recovery center is a breeding ground for illegal drug use and other unsavory activity.

The petition, which was received by the city on June 2, says in part, "We reside and work in this neighbor and are very upset by the behavior exhibited at and around 63 South Main Street. We are fearful in our own neighborhood and we also believe that the behaviors we observe are unsafe for ourselves and the children of the City."

Burns said the petition implies that SOS is encouraging drug users to live and stay at the church in which the recovery center is housed, but he says that just isn't the case.

Burn also said the recovery center is not a drug "hang out" place, rather a place of peer coaching and recovery from addiction.

"We require individuals using the center to participate in some sort of recovery oriented activities when they are in the center," Burns said in a letter to The Rochester Voice (see full letter on Opinion page). "This can also include job searches, recovery coaching, meetings or activities. We are not a drop-in center where people can come "hang-out" without being engaged."

The petition, which has 66 signatures, many from residents in the immediate neighborhood, concludes that drug activity has increased in the past several months.

The petition also states that a rust-colored Nissan truck recently brought to the property has been allowed to stay there and is the site of drug and sex activity, excessive noise and fighting after hours, but Burns said those are just more groundless claims.

"The rust colored truck with California plates was an individual traveling from California to Maine," Burn noted. "She ran out of money, was awaiting funds and went to the City Welfare Director. Since she had no residence in New Hampshire he could not help and she informed us that he referred her to SOS and the Church to see if she could park her car in our lot since she was going to be receiving funds in seven days, and maybe we'd let her park the vehicle there."

Burns said she spent a few nights sleeping in her truck.

He added that one or two neighbors called the police on her several times, "alleging activity that we believe was likely based in fear and not fact."

Burns said police never arrested her and several residents in the neighborhood were actually seen harassing her.

"In fact the worst offense she may have committed in that seven days was utilizing a Dumpster of a local business," he said. "She was guilty only of having a few people that were homeless that hung out around the truck.

"We observed neighbors coming out photographing her for no apparent reason on a regular basis, and if anything, harassing her without any justification. She left peacefully on the date she had told us she'd receive funds to repair the truck and continue on her journey to Maine and was never arrested despite the police being dispatched numerous times."

The stated mission of the recovery center is to, "reduce stigma and harm associated with substance misuse by providing safe space and peer based supports for people in all stages of recovery," according to the SOS homepage.

Rochester Mayor Caroline McCarley noted last week that the petition will be delivered to City Council on Tuesday, but no public input will be allowed as it is a regular City Council meeting.

However, on July 17 during a City Council workshop, McCarley said it was her understanding that officials from SOS as well as petitioners could come together to discuss their concerns.

McCarley added that while she was sympathetic to some of the neighborhood concerns outlined in the petition, the city really had no say in the outcome.

"It's possible that we discuss it, but it's worth noting the council has no ability to do anything about moving (SOS)," she said.