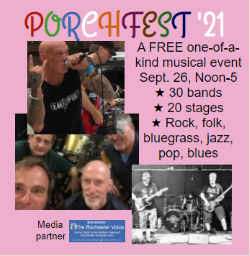 Spate of accidents on snowy roads reminds drivers that, indeed, winter is here 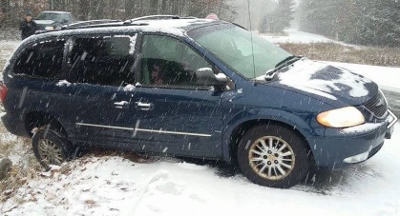 This minivan was rearended at the corner of Route 202 and West Lebanon Road after which the driver of the other car sped off. (Lebanon Fire-EMS photo)

The first significant snowfall of the season proved unusually painful for area motorists with numerous spinouts, cars off the road, fender benders, a rollover and even a hit and run.

In all, Rochester Police reported some 14 accidents, the most spectacular of which was a pickup truck that rolled over on Washington Street around 7:15 a.m. Monday morning not long after snow first began to fall.

About an hour later Lebanon saw its first accident of the day with a hit and run at the corner of Route 202 and West Lebanon Road.

In that mishap, the driver of a Chrysler Sebring reportedly rearended a minivan before taking off down West Lebanon Road without stopping.

State Police were still unavailable today to get a report on whether or not they may have caught up with the owner of the Sebring. No inuries were reported in the crash.

Meanwhile, in Milton, Police Chief Richard Krauss said fortunately there were no accidents reported in Milton on Monday.

Krauss noted the road were, however, quite treacherous for a time after slush built up over an icy undercoating during morning hours.

Luckily no one was seriously injured in any of the Rochester accidents, said Boudreau.

Asked if drivers in the Rochester accidents were mostly young people seeing snow on the roads for the first time, Boudreau said not exactly.

"The ages ran the gamut," he said.

With more precip expected Wednesday and refreezing the next few nights, area drivers can expect slippery spots on bridges, overpasses and secondary roads as well for the foreseeable future.