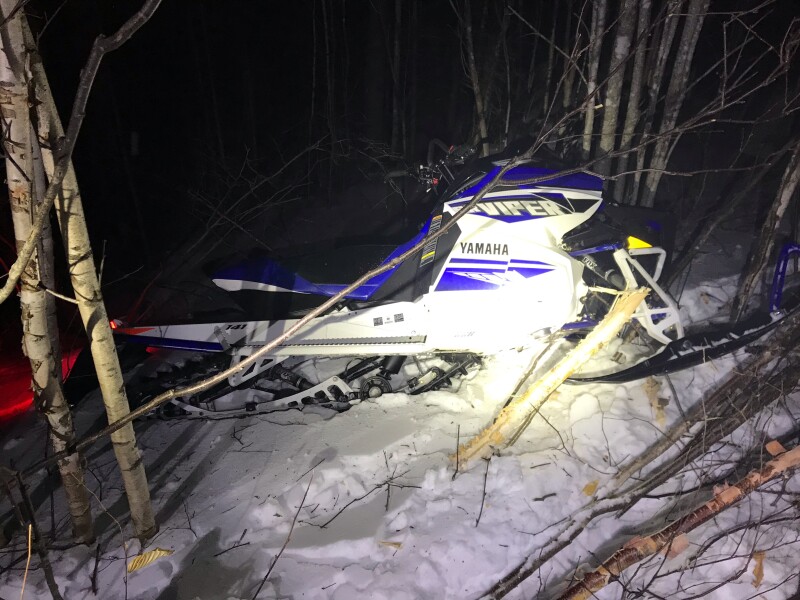 MADRID, Maine - Speed appears to be a factor in a snowmobile crash that took the life of a Massachusetts man in Madrid on Friday night, according to a press release sent on Saturday by the state's Department of Inland Fisheries and Wildlife.

Spokesman for the department Mark Latti said Ryan Ducharme, 34, of Spencer, Mass., was traveling on a connector trail on the Beech Hill Road to his camp in Madrid with his brother and two other snowmobilers around 10:30 p.m. when Ducharme's brother noticed that Ryan, who was the last in the group of four, was not behind him.

The brother turned around with his snowmobile to search for him, and found Ryan unresponsive off the trail, with his sled crashed into the trees. He notified 911. Upon arrival by NorthStar EMS they pronounced Ducharme dead at the scene.

An initial investigation appears to show that Ducharme was traveling too fast for the trail conditions when he went off the trail. Ducharme was wearing a helmet, and alcohol was not a factor in the crash.