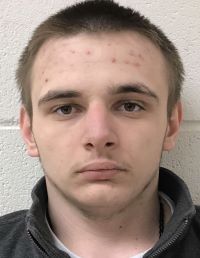 LEBANON, Maine - A New Hampshire man is facing multiple felonies after he refused to pull over for Rochester police during a traffic stop on Wednesday and fled on Route 202 into Maine where he was captured by Maine State Troopers who used spike strips to end a chase.

The incident unfolded in the Lilac City around 3:40 p.m. when Rochester Police attempted a traffic stop northbound on the Spaulding where it was reported the driver was passing cars in the breakdown lane and headed for East Rochester.

Rochester Police relayed info to MSP that the driver was headed into Lebanon and noted that he was wanted on an arrest warrant involving firearms.

After word was passed on to MSP, several troopers converge on the area in an attempt to intercept the vehicle.

The driver, Mark Arabia, 22, of Exeter, N.H., attempted to flee on foot, but was apprehended and taken into custody after a short foot chase.

Arabia was booked into the York County Jail where he was held without bail on the New Hampshire Warrant.

The New Hampshire Warrant is for the charges felony charges of theft of a firearm and reckless conduct with a firearm. He was also charged in Maine for felony eluding an officer and faces more charges in New Hampshire upon once extradition. A female passenger in the vehicle was also taken into custody on an outstanding arrest warrant.