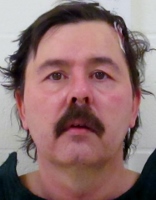 ALFRED, Maine - The Vermont man who walked into the home of distant relatives on West Lebanon Road Christmas night and stabbed three family members will spend at least 18 months in a Maine prison.

Alton Britch, 44, of Wheelock, Vt., pleaded guilty to three counts of aggravated assault on June 17 after working out a deal with prosecutors.

Britch was sentenced the same day to six years with all but 18 months suspended. He will begin serving his sentence on July 18.

Britch had faced up to 30 years in prison on each count of aggravated assault.

Britch walked into the West Lebanon Road home of his cousin a little before 10 p.m. Christmas night and stabbed three family members.

During an ensuing struggle police say Britch was hit over the head with a frying pan and subdued. Police say he was being held down when they arrived.
The three who suffered stab wounds were treated for what were described as nonlife-threatening injuries and released from Frisbie Memorial Hospital.
Maine State Trooper James MacDonald said a few days after the incident that family members said they had no idea why Britch had stopped by and that it had been more than two years since they had seen him.
The knife was recovered at the scene, MacDonald said.
A neighbor, who didn't want to have his name used, said the night of the stabbings he saw police interviewing a man who "seemed to be out of it" out on the street for several minutes.
"He didn't seem coherent," the neighbor said.