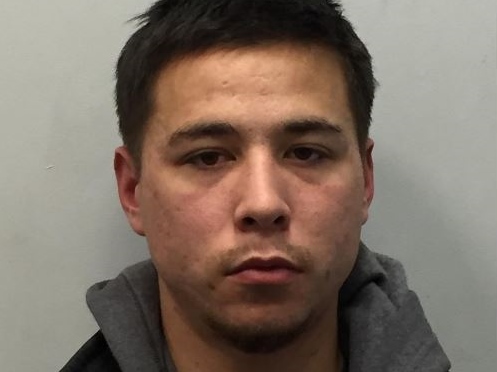 ROCHESTER - Police today released the name of the Rochester Police Officer fired upon during an Aug. 3 shooting that led to a seven-hour standoff and ended with the suspect committing suicide.

Rochester Police Officer Thomas Seager, who is nearing his two-year anniversary with RPD, will remain on paid administrative leave until the investigation into the incident is complete, Rochester Police Capt. Jason Thomas said today.

The man who prompted the seven-hour standoff with police, Ricco Chanthapho, 28, died late last Monday after he was taken off life support at Portsmouth Regional Hospital. Family members told The Rochester Voice there was no hope Chanthapho would recover.

According to the state's chief medical examiner, Dr. Jennie Duval. Chanthapho died as a result of a single gunshot wound to the head and the manner of death was suicide.

The standoff unfolded around 1:50 a.m. after a Rochester Police officer attempted a traffic stop of a blue Volkswagen Jetta near the Lilac Mall on Milton Road. Police say the driver refused to stop and continued north a couple of miles on Milton Road before turning onto Periwinkle Drive where the driver got out and fled into the woods at the rear of Saks Mobile Home Park.

The officer was then fired upon as he began to chase the suspect, who later crossed the Salmon Falls River from the rear of Saks onto the Maine side, which is part of New Hampshire for a short distance along this stretch of the river.

Due to the ongoing investigation Thomas said he couldn't comment on how many shots were fired or whether Seager ever fired his weapon.

A Periwinkle Drive resident on Aug. 4 said he only heard three shots - "pow, pow, pow' - moments after he saw the flashing lights from a police cruiser outside his window early that Saturday morning as the confrontation began.

After the shooting Rochester officers and New Hampshire and Maine State Police established a perimeter and began to tighten it throughout the early morning hours before detonating flash bang devices in an effort to flush the suspect out. Shortly afterward Chanthapho was found in the woods unresponsive with what appeared a self-inflicted gunshot wound.

Chanthapho's funeral will be held later today at Purdy Memorial Chapel in Lee.