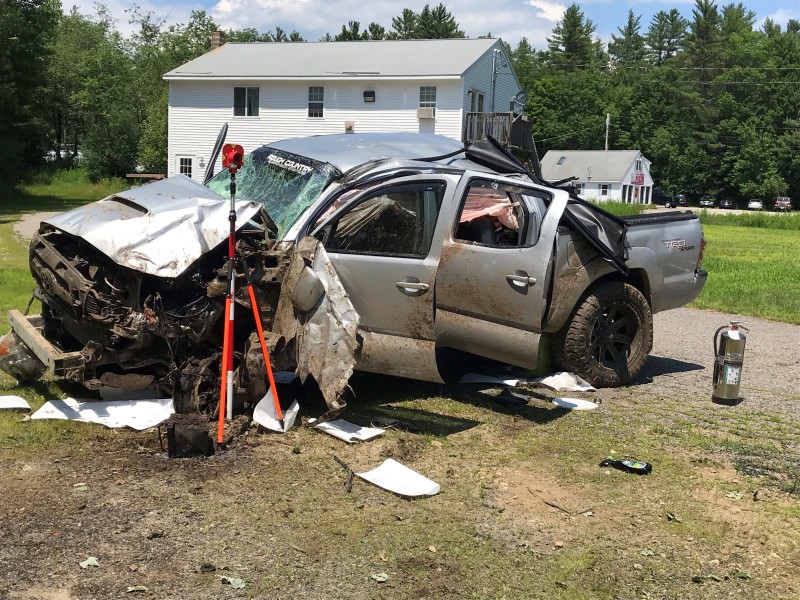 LEBANON, Maine - Maine State Police said today they continue to investigate whether speed or impairment may have been to blame in a July 14 crash that left a Rochester teen with serious head injuries.

The accident occurred around 11 a.m. in the area of 413 Carl Broggi Hwy., when police say a 2011 Toyota Tacoma headed east crossed the centerline and sideswiped two westbound vehicles before careening through a wooded area on the north side of the highway and hitting an unoccupied parked car in a driveway.

Scott Fryou, 17, of Rochester, N.H., a passenger in the truck, and its driver, 18-year-old Robert Rapino of Lynnfield, Mass., were both transported to Maine Medical Center in Portland with serious head injuries.

Maine State Police spokesman Steve McCausland said today they continue to investigate all aspects of the crash as the two teens continue to recover from their injuries.

Neither was wearing a seat belt, police said.

The three occupants of the two vehicles that were sideswiped were treated at the scene and released.