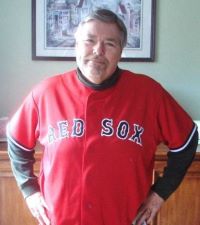 CAMDEN, N.Y. - Stephen Barry Smith, 68, of Camden, died Wednesday, October 28, 2020 at Rome Memorial Hospital after failing health. Born August 15, 1952 in Rochester, N.H., he was the son of the late Harold and Carolene (Warren) Smith.
He was a graduate of Spaulding High School class of 1971. He resided in Camden, N.Y. the past 17 years, previously living in Rochester. He worked as a manager for U-Haul 1997-2006.
He was passionate about sports with deep love for New England teams: Red Sox and Patriots. He loved his southern rock: Allman Brothers, Lynyrd Skynyrd. He also loved his dogs.
He is survived by his wife of 21 years, Rebekah (Adams) Smith; daughters: Alexis (Chris) Allen, of Bandon, Ore.; Stephanie Smith of Rochester; Brittany Smith (Eric Nelson) of Rochester; grandchildren: Sebastian Allen, Xavier Allen, Dillon Nelson, Dexter Nelson; Brother: Richard Smith of Jewett City, Conn.; nieces: Michelle (Roderick) Nadeau, of Amherst, N.H., Denise (Kevin) Stinson, of Newburg.
He was predeceased by his brother, Ronald Smith.