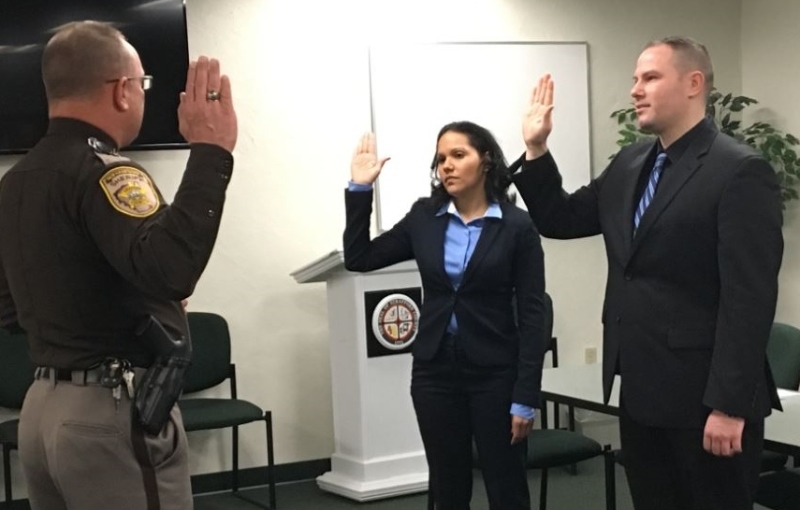 Both come to the department with many years of experience while working with the Strafford County Department of Corrections.

Kimball served in the Army between 2010 and 2016. He is a coach for the Dover Middle School Football Team

Baez holds a bachelor's degree from UMass-Lowell in Criminal Justice

Kimball and Baez are both residents of Strafford County.

Both deputies are scheduled to attend the Full Time Police Academy in Concord starting in April.

Both Deputies will be assigned to the Transport Division of the Strafford County Sheriff's Office. As a Deputy in the Transport Division they will be responsible for transport and security dealing with inmates from the County as well as United States Marshals Service and U.S. Immigration and Customs Enforcement

"Deputies Kimball and Baez bring to us a unique skill set that will assist us greatly in providing service to the people of Strafford County," Sheriff David Dubois said.