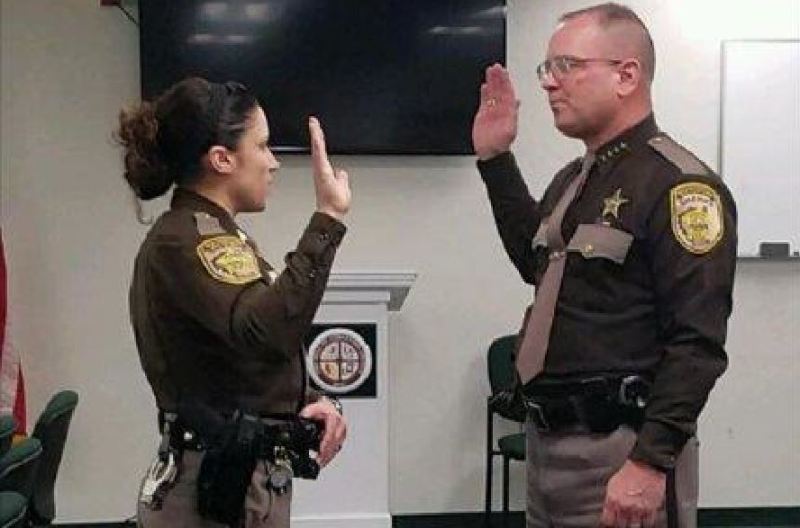 DOVER - On Friday Heather J Cote of the Strafford County Sheriff's Office became the highest-ever ranking female officer at the department when she was promoted to the rank of captain.

Cote has been employed with the county since August 2013 after she arrived here with more than a decade of experience in law enforcement with the Rye (NH) Police Department.

Cote has worked in various capacities with the SCSO and most recently provided line level supervision of its investigative/warrant apprehension staff.

As captain she will be part of the department's executive leadership team and provide oversight of all investigative units to include the Strafford County Drug Task Force, Property Management, Warrant Apprehension, Prosecution, and Training Staff of the office.

Cote is a trained Firearms Instructor, Crisis Negotiator, and Forensic Interviewer. She holds a master's in Justice Administration as well as a bachelor's in Criminology.