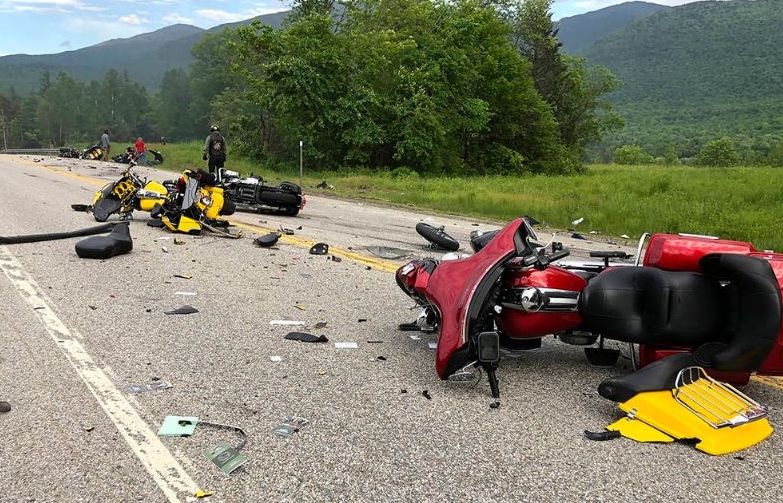 CONCORD - In the wake of June's horrific motorcycle crash in Randolph that left seven dead, Gov. Chris Sununu and DMV Director Elizabeth Bielecki on Wednesday sent a letter to the president and CEO of the American Association of Motor Vehicle Administrators regarding an effort to bring uniformity and consistency in states' processing, sharing and maintenance of driver records.

Weeks after the crash that killed seven members of the Marines Jarhead Motorcycle Club, including Aaron Perry of Farmington, it was learned that the driver of the truck that caused the crash shouldn't have been on the road at the time of the accident.

In addition to other violations and accidents, including one in Texas, the driver of the truck, Volodymyr Zhukovskyy, 23, of Massachusetts, was arrested in May and had refused an alcohol test, which should have led to his losing his commercial license for a year or more.

The director of the Massachusetts RMV resigned in the wake of the disclosure.

"Following the tragic crash in Randolph, New Hampshire, I ordered an immediate review of the procedures within the New Hampshire DMV," said Gov. Sununu. "The initial review is now complete, and we look forward to releasing the results of the comprehensive, in-depth report in the coming weeks. In two weeks, key members of our team will be attending the annual meeting of the American Association of Motor Vehicle Administrators to implore motor officials from across the Country to work together so we can streamline processes that will result in safer driving throughout America."