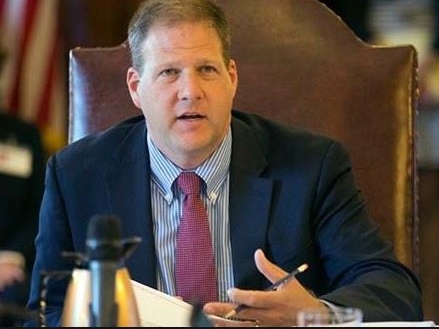 CONCORD - Governor Chris Sununu issued the following statement today after the Executive Council voted against Gordon MacDonald's nomination to serve as the Chief Justice of the New Hampshire Supreme Court:

"I have been involved in the Governor and Council confirmation process for judges going on nine years. Never have we had a nominee so resoundingly supported, including the three most recent Supreme Court Chief Justices, 18 past presidents of the New Hampshire Bar Association, leaders of all political stripes, and over 100 distinguished members of the bar. And never, until today, has politics ever come into play in the questioning and confirmation of nominees."

Sununu was quick to pounce on the vote as pure politics.

"(The Executive Council) has a tradition going back literally hundreds of years, working in a nonpartisan manner, executing their responsibility of confirming nominees based on their qualifications, body of work, and merit -- without political bias.

"And today, the Executive Council has thrown that right out the window, which comes after their hyperpartisan hearing last month. The political extremism shown today is an unconscionable breach of the public trust.

"In my nine years as a Councilor and now Governor, I have never even asked what political party any of the judicial nominees were members of. The Executive Council decided to make it a litmus test. Allowing these types of Washington, D.C., circus theatrics to enter into what was, until today, an untainted process, is shameful.

"I am absolutely disappointed for Gordon. To have one of the most qualified and widely supported nominees in the state's history treated in this way because of politics is reprehensible enough, but just as concerning is the damage done to our process.

"So given that, it is clear that we need to take a pause on the judicial nominating process and not move forward with any nominees until I have confidence there's appropriate perspective from the Council on their responsibilities to the process and to the state."