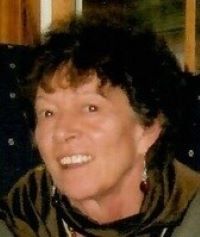 ROCHESTER - Suzanne Jacobs, 83 of Rochester died on Tuesday February 9, 2021 at the Rochester Manor.
She was born May 14, 1937 in Rome, New York the daughter of James H. McKenzie and Caroline (Broom) McKenzie.
Members of her family include her eldest daughter, Nanci, who has three children; Jacob, Elizabeth, and Joseph; her son Chris married Karen (Staples), they have two girls; Amanda and Catherine; her son Marc married Deborah (Roy), their children are; Mark, Lauren, and Sarah; her sister, Judith Lancaster of Newport, Maine; and her brother, James Paul McKenzie and his wife, Lucia of Dover; sister-in-law, Lois Diane Fraser of Newport, Maine, and her brother-in-law, Richard Jacobs and Helen; and nieces and nephews.
Suzanne is predeceased by her parents, older brother Michael, Aunt Lil, and her nephew Greg Lancaster.