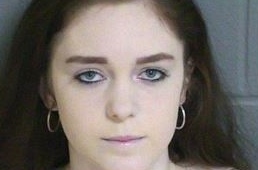 CONCORD - A Portsmouth woman was found guilty on Tuesday in the assault of an elderly woman at a Dover nursing facility in 2018.

Samantha Siegel, 19, appearing at Dover District Court, was sentenced to six months incarceration, all suspended on the assault charge and nine month with all but 90 days suspended on the charge of abusing a facility patient.

Siegel is appealing her convictions in Rockingham County Superior Court, which is expected to vacate her sentences pending the appeal.

The charges allege that, while formerly employed at St. Ann's Rehabilitation and Nursing Center in July 2018, Siegel made a recording of herself putting her hand over a 92-year old resident's mouth to prevent the resident from speaking and later displayed the recording to third parties.

St. Ann's Rehabilitation and Nursing Center learned of the allegations on July 20, 2018, after receiving a tip from a retail store employee who saw Ms. Siegel display the recording on her phone. St. Ann's staff immediately notified the Dover Police Department, which investigated the case and arrested Ms. Siegel.

The case will be docketed for jury trial in Strafford County Superior Court at a future date.

Under New Hampshire law, the Attorney General is responsible for the prosecution of a health care facility employees charged with willful abuse, mistreatment or neglect of a patient. Suspected abuse of facility patients should be reported to the Attorney General's Medicaid Fraud Control Unit [(603) 271-1246], your local police department, or the Department of Health and Human Services, Bureau of Elderly and Adult Services (800) 949-0470.