The message for Memorial Day is clear: Head for the mountains! 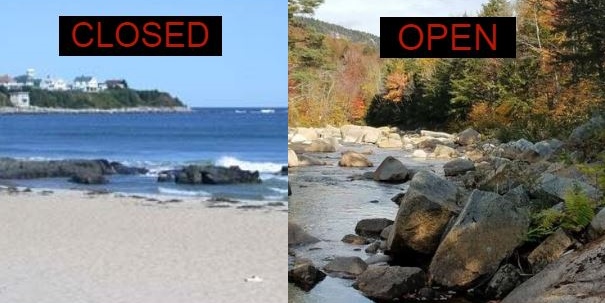 Beaches are off limits, but woods of the White Mountains aren't. Courtesy photos)

CONCORD - The majestic White Mountains of the North Country may be teeming with hikers this Memorial Day weekend, but if you want to walk on the pristine beach of the Seacoast safety officials are going to tell you to, well, "Take a hike."

Gov. Sununu also took time out at his Monday news conference to urge small businesses to check out if they're in line for grant money through a $400 million Main Street Relief Fund.

The applications for business grants must be submitted by May 29. Small business owners can apply at revenue.nh.gov.

The governor also announced that on a recent COVID-19 testing day more than 2,400 were tested with a positive rate of under 2 percent. 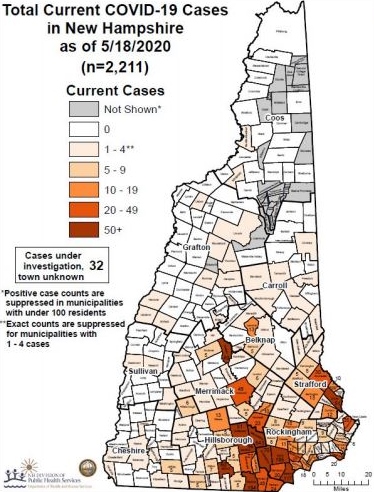 "Of course that's one day, but it's good news just the same," Sununu said, adding that he expects there will continue to peaks and valleys of virus activity through the summer, fall and winter.

Meanwhile, Chan announced 57 new cases on Monday, and nine new cases in which hospitalization was required. No new deaths were reported.

Two of the new cases were from Strafford County. Locally current cases include 30 in Rochester, 13 in Barrington, 10 in Somersworth, eight in Farmington, 51 in Dover and 1-4 in Milton.

Chan noted that to date some 49,000 have been tested statewide.

He said among the about 4,500 who have taken antibody tests, only about 3-4 percent showed they had contracted the disease.

Chan also stressed that even if someone tests positive for the antibody, it does not mean they can't get the disease again, at least not according to what's known now.

Sununu added that contact tracing, which seeks to identify and isolate those who may have come in contact with infected individuals, continues to ramp up with now some 100 working daily at the Grappone Center in Concord.