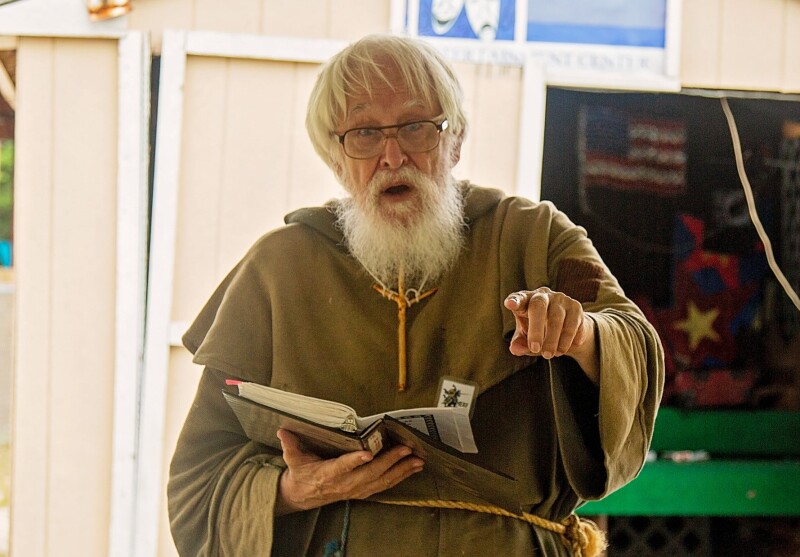 Caught and Crowned by Ed Pacht

Today I sat at home
and wrote another poem
I did not go out and roam.
Instead I sat right here,
resting on my rear
doing little, I fear;
but then an e-mail came
directed to my name
and threatened me with fame.
That was a little daunting:
it's not a thing I'm wanting,
it's what I get for haunting
the places that show the art
that strikes into my heart
and makes me want to start
a little bit of verse,
long-winded, maybe terse
some better and some worse.
The things that came into my sight,
illuminated me with light,
and made me sit right down and write.
Well, I was caught while doing this,
while exercising artifice,
and someone said with emphasis
that my name should be put down
to receive a poet's crown,
with the laureate's renown.
'Tain't what I sought
but since I've been caught
I'll do my best with what I've got;
so, thank you sir and thank you ma'am,
you've got me now and here I am.

ROCHESTER - To say that Ed Pacht was encouraged by City Information Officer Matt Wyatt to become Rochester's newest poet laureate might be an understatement, the octogenarian said last week.
"I never wanted the job, he arm-twisted me into taking it," he quipped last week during an interview with The Rochester Voice.

And so Pacht, the wandering bard - who actually performs as Brother Sylvan the wandering bard at Renaissance Faires - now has a home as the city's very own poet.
Pacht was installed as Rochester's poet laureate on Dec. 7, reading two of his works: one titled "With no Mills," about Rochester proud past; and another titled "Caught and Crowned," about his appointment/entrapment to his current post.
His first official duty will come Tuesday when he recites a poem during the inauguration ceremony. He said the theme of the work will be a mix of looking back at history and looking ahead to a new beginning.
He said his new appointment will entail appearing at civic functions and occasionally writing a poem for a special occasion.
Pacht's rhythmic oratory comprises a quirky, playful style both engaging and entertaining.
He was born in Roslindale, Mass., and grew up in Grafton, N.H.
Pacht served as a Pentecostal preacher for 25 years.
The inauguration ceremony begins at 6:30 p.m. at the Rochester Opera House.
Mayor-Elect Paul Callaghan will take the oath of office along with incoming and incumbent members of the City Council, police commission, school board, and election officials.
The agenda includes an opening prayer by Ed Cilley, chaplain for the Rochester Police Department, Presentation of the Colors by Spaulding ROTC, a reading by Pacht. The National Anthem will be performed by incoming councilor Ashley Desrochers.
The ceremony will be broadcast live on Atlantic Broadband Channel 26, Comcast Channel 22, and live-streamed on the City's website.
Although the ceremony will be broadcast live, it is an official public meeting and members of the community are welcomed to attend in person.

With No Mills by Ed Pacht

I am a mill town
but I have no mills
I was born on the Hill
and lived on the Hill
and grew on the Hill
until ...
Cocheco called
called me to the Plain
with a mighty flow to turn the wheels
and build the mills
and the mills called
called to nearby farms
called to frigid northern realms
called and called across the sea
and workers came to me
to run the mills
and weave the cloth
and make the shoes
and build a thriving city here
but I have no mills
the mills have gone
they left for warmer climes
they moved to foreign lands
they died
the wheels no longer turn
the workers lost their jobs
cafes and shops have closed their doors
I am a mill town
but I have no mills
and when a mill town has no mills
it will slowly die
or so they say
but I shall not