'They're afraid to go to their mailboxes they're speeding so badly' 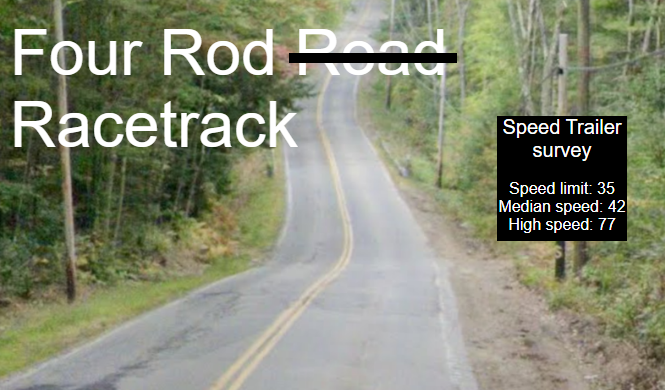 ROCHESTER - Residents of Four Rod Road are hoping the city wastes no time putting up lower speed limit signs on their road after City Council approved the measure.

Public Safety Committee Chair Don Hamann brought the matter to the attention of councilors at their Tuesday meeting, saying residents of the road told the public safety board recently that "they're afraid to go to their mailboxes they're speeding so badly" the cars are going so fast on the winding, hilly road on the outskirts of the city.

The speed limit currently in place on the road is 35 mph, but a speed trailer recently reflected a median speed of 42 and a high speed of 77.

Councilors agreed that the recent paving of the road has probably exacerbated the problem.

Councilors unanimously agreed to reduce the speed limit to 30 mph, though City Councilor and Deputy Mayor David Walker said he had little faith it would slow some of the speeders.

Councilors also voted unanimously to place no parking signs on both sides of Moores Court on Wednesdays from 6 a.m.-noon, which is when Waste Management picks up trash in the neighborhood.

"Unfortunately, it's not getting picked up now," Hamann said.