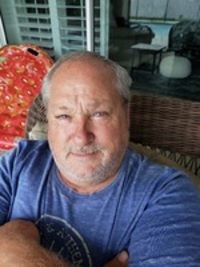 ROCHESTER - Thomas "Tom" Richard Aubert, 63, died at Portsmouth Regional Hospital with his wife by his side on October 10th, 2021.

Tom was born in Borne, Mass., on July 18, 1958 to Jean Hinkley and Armand J. Aubert. He traveled to and lived in many places including Ohio and Germany, during his childhood as a proud military brat.

Tom was a longtime Rochester resident and a well known and respected member of the community. He was a friend to all, an animal lover, and a proud Boy Scout. He was an active member of The Victory Club, The Sons of the American Legion as well as the American Legion Riders. Tom enjoyed riding his motorcycle, antique cars, sightseeing and playing with his dart league. He enjoyed traveling with his family and spending time outdoors; especially at his family camp on Mousam Lake in Shapleigh, Maine.

Tom worked as a contractor, foreman and business owner. He was a jack of all trades. He was a problem solver that often took on large projects. He spent the past two decades constructing new homes in the Rochester area, as well as running his mini storage business.

Over the past 8 years he enjoyed wintering in his Orlando, Fla., pool home, airboating and spending more time laughing and telling jokes with his friends and family.

He is Predeceased by his Mother, Father and two older brothers Gary and David.

ARRAGNEMENTS: There will be a ceremony to commemorate the wonderful life of our dear Tom at Edgerly's funeral home in Rochester, NH on Saturday October 16th from 11am-1pm where flowers and condolences may be offered.