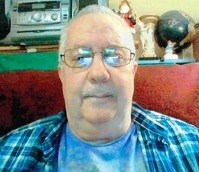 ROCHESTER - Thomas Toolin Ingegni, 65, died on Tuesday June 8, 2021 at his home.
Born on August 2, 1955 in Lee, Mass., he was the son of Albert A. Ingegni, Jr. and Constance (Toolin) Ingegni.
Mr. Ingegni had owned and operated Professional Printing Applications in Worcester, Mass.
Thomas loved to go yard saleing, and fixing antiques. He also loved to go out to eat on Fridays, and enjoyed anything to do with the outdoors. He also enjoyed watching movies with his wife Sally.
Members of his family include his wife Sally Ingegni of Rochester; his mother Constance Ingegni of Lenox, Mass.; his brother Albert A. Ingegni, III and wife Karen of Pittsfield, Mass.; his niece, Alyssa Lee and husband Chester of West Sand Lake, N.Y.; his father-in-law Bill Hoar of Rochester; and his brother-in-law Bill Hoar of Kansas.
He was predeceased his father Albert A. Ingegni, Jr., his aunt Shirl Toolin Bartini and his uncle Al Bartini.