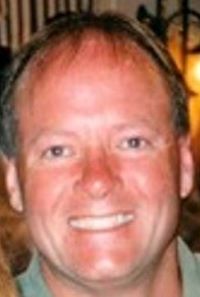 ROCHESTER - Timothy Charles Day, born in Waterville, Maine on September 17, 1965, to Sanderson Day and Rachael Elaine (Woods) Day, died peacefully surrounded by his loving family on September 6, 2021. Timothy is remembered as being a loving husband to his wife Tracey Ellen (Green) Day, and a father who would do anything for his three children Matthew, Macy, and Makenzie.

Timothy grew up in Winslow, Maine, where he graduated from Winslow High School with the class of 1983. He then attended the University of Maine Farmington where he met his wife, Tracey, on his birthday, always claiming she was the best present he ever received. They were married on June 6, 1987 in Portsmouth and have been inseparable ever since.

Tim was a devoted husband and father. While taking care of his family, he worked as a carpenter and obtained his Bachelor's degree and then moved on to a career in manufacturing, notably at Smith and Wesson. His favorite things to do included cooking, coaching his kids' sports teams, skiing, fishing, golfing, and taking vacations with his family. His favorite vacations were cruises to Jamaica, St. Martin, and St. Thomas where he loved to play Texas Hold 'Em between ports.