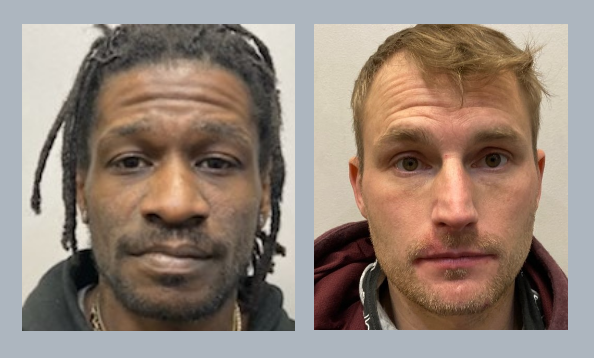 ROCHESTER - A tip from a citizen concerned with drug trafficking in the city led to the arrest of two Rochester men on Monday.

According to Rochester Police Capt. Todd Pinkham, the arrests unfolded after Rochester officers responded to the Riviera Motel on Route 125 for a report of an alleged drug dealer who was there.

Officers were given a description of the subject's vehicle and sent out to investigate.

"Officers located the vehicle, a Honda Accord, which they learned came back stolen out of Lawrence, Mass.," Pinkham said on Wednesday.

Police arrested Shawn M. Hartford, 35, of Indian Brook Circle, on a receiving stolen property charge for being in possession of the Honda. Hartford also had a Capias out of Superior Court for violating conditions of release and an electronic bench warrant out of Circuit Court on a theft charge.

While investigating the incident police also made contact with Jason Jermaine Moore, 44, a Rochester transient, who had a bench warrant on a drug trafficking charge.