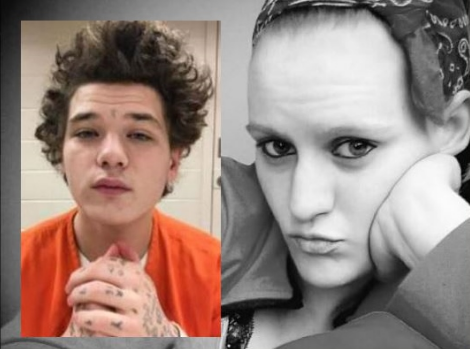 ROCHESTER - The murder trial for a Rochester man accused in the shooting death of a city transient two years ago has been scheduled for September following a yearlong delay due to the COVID-19 pandemic.

Justin Belanger, who turned 21 on Tuesday, stands charged in the death of

Billy Joe Ahearn, 24, died on June 6, 2019, a short time after a midnight shooting near the former Friendly's restaurant on South Main Street.

Assistant Attorney General Peter Hinckley said the trial had originally been scheduled for September 2020, but pandemic protocols prevented its moving forward. He noted that murder trials usually take around a year to be presented, and Belanger's case is no different.

"It's complicated," he said, noting it will be the first murder trial he will have prosecuted since the pandemic began in March of last year.

A police affidavit suggests that Belanger, formerly of Lafayette Street, may have been aiming at someone else, and not the 24-year-old Ahearn, who was formerly of Raymond.

The affidavit, partially redacted and filed by Rochester Detective Geoff Moore, sheds light on what may have happened shortly before midnight on June 5, 2019, when she was fatally wounded.

According to the affidavit, Rochester Police responded to the corner of Waldron Avenue and Lafayette Street the day before the shooting for a report of shots fired where they witnessed the suspect, Justin Belanger, then 19, of Rochester, arguing with a man Ahearn was with when she was shot.

"Justin Belanger, who was visibly upset, said words to him to the effect that he would 'catch' the identified adult male when the police were not around," the affidavit states.

The same man told police that as they passed by Belanger on South Main Street on June 5, he saw the suspect reach into his pocket, saw a flash and heard a gunshot just before Ahearn was shot.

The affidavit also indicates another man who was walking with Belanger on South Main at the time of the shooting told police he saw Belanger point his gun at the man walking with Ahearn.

When officers responded to the shooting they found three adults, including Ahearn, who had sustained a gunshot wound. She died early the next morning at a local hospital.

Belanger was indicted in June 2019, charged with two alternative counts of second-degree murder, one for knowingly causing the death of Ahearn by shooting her with a pistol, and the other for recklessly causing Ahearn's death by shooting her with a pistol. He also charged with falsifying physical evidence for allegedly getting rid of the murder weapon.

Ahearn, originally from Raymond, had been living in Rochester for a period of time prior to her death.

Belanger remains held at Strafford County Jail on no bail. He faces a maximum life sentence if convicted.