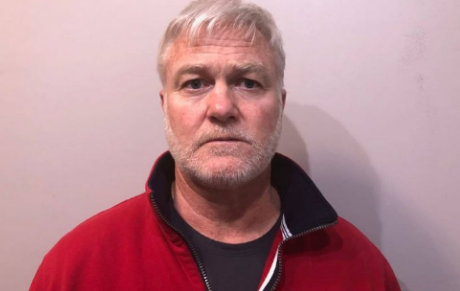 ROCHESTER - The June trial of a Rochester physical therapist accused of sex assault while massaging a teenage woman during a December 2020 appointment will likely be postponed again, according to the attorney prosecuting the case.

O'Donnell, a former physical therapist at Orthopedic and Sport Therapy Services in Gonic, is charged with three counts of sexual assault, practicing with an expired license and violating bail conditions from a prior unrelated arrest.
The trial has seen several delays in the past due to the Covid pandemic backlog.

A police affidavit written by Rochester Police Det. Jacob Garstin indicates the alleged victim - then 19 -contacted the Gonic sports therapist after she suffered a shoulder injury while moving an appliance.
She said during a Dec. 16, 2020, treatment as she lay on her stomach O'Donnell began massaging under her leggings and underwear and "moved his thumbs to the outside of her vagina and they (his thumbs) were moving in circles," according to Garstin's affidavit.
The affidavit further states O'Donnell told her "she had a beautiful body" and "(he) tried to finger me."
The victim said during this time she had "tensed up and that she felt like she could not move or talk."
The victim told police that later he messaged her with his personal number with a message that read, "Little person without many legal rights ... if you could come at 2:30 p.m. tomorrow I'd have more time to torture you, work on the neck part, too. Can u do?"
On Jan. 7 2021, the Attorney General's Office approved a one-party conversation between the victim and O'Donnell in which she mentions "she's not sure this is something she initiated," the affidavit states, and he responds, "Well, I mean" and "that kinda doesn't matter, right?" and "I mean it doesn't matter, I shouldn't have acted that way."
During the course of the investigation it was also discovered O'Donnell's therapist's license had expired on Dec. 31, 2020, while he was still treating patients in January, leading to another charge, the affidavit notes.
The affidavit was viewed by a judge who authorized a warrant for O'Donnell's arrest on Feb. 11, 2021; he was arrested the next day and released on a $500 bond.