Two and a half months into probe, and still no arrest or indictment 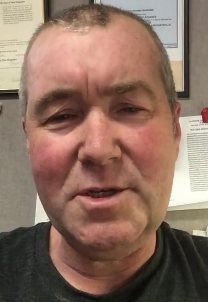 ROCHESTER - Rochester Police said today the investigation into a decades-old alleged sexual assault on a minor against former city councilor Doug Lachance remains open and active.
Police have been investigating the case for about two and a half months now. The May grand jury indictments released earlier this week did not contain any reference to the former councilor, Real Estate broker and business owner.
Lachance, 57, officially resigned his seat on April 14 about a month after police say they reopened a sexual assault investigation from 2007 that involved a 16-year-old boy.
Lachance has denied the allegations and did so again in his letter of resignation.
In a 2007 police affidavit, Andy Brooks, 37, of Colorado, who grew up in Rochester, alleges Lachance made inappropriate sexual advances to him when he was a teenager.
Brooks told investigators in 2007 that most of the alleged abuse occurred in the spring of 2001.
The 2007 case fizzled after the main complainant - identified as Brooks in a police affidavit - decided not to move forward with the charges.
The City Council will vote on who will succeed Lachance on June 1.
Meanwhile, Rochester Police urge anyone who may have information pertaining to the investigation to contact Detective Frechette. They are asked to please contact the Rochester Police Department at 603-330-7128. They can also provide information and remain anonymous by calling the Rochester Crime Line at 603-335-6500 or Text to: CRIMES (274637) Body of Text: TEXT4CASH + your tip. Cash rewards are offered for information that leads to an arrest.