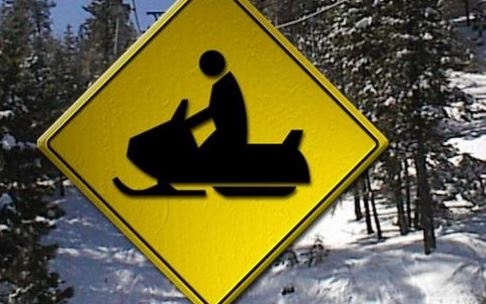 The crashes occurred in Rochester and Colebrook. (Courtesy photo)

Two area residents suffered serious snowmobile-related injuries over the weekend in separate crashes that occurred in Rochester and Berlin.

The first occurred around 5 p.m. on Friday in Rochester when Conservation Officers came to the aid of a 12-year-old male operator who had sustained a serious upper-leg injury when the snowmobile he was operating went off the trail and struck a tree.

Along with Rochester Police and Fire, Conservation Officers were able to get the operator to an awaiting ambulance quickly.

The operator was riding with his grandfather, Scott Pike of Farmington, when Pike noticed his grandson was no longer following behind him. Pike turned around and found the accident and then immediately called 911. The operator was wearing a helmet at the time of the crash. Speed and inexperience are considered contributing factors.

Then on Sunday a a Milton man suffered serious injuries when he fell off a snowmobile while riding in Colebrook.

Fish and Game officials said officers responded to Diamond Pond Road in Colebrook to investigate a snowmobile accident that was called in little after 4 p.m.

Responders found Robert Rosselli, 25, of Milton had suffered a serious but non-life threatening injury when he fell off his snowmobile while riding in a privately-owned field near Trail 18 in Colebrook. After the fall, Rosselli was able to return to his nearby family camp, where a 911 call was placed for help.

Members of Colebrook Fire and Rescue responded to the camp, and Rosselli was transported by 45th Parallel EMS to Upper Connecticut Valley Hospital in Colebrook for further assessment and treatment.

The snowmobile was not damaged as a result of the incident and neither speed nor alcohol appear to have been factors, officials said.

Conservation officers said Rosselli was wearing proper safety gear at the time of his fall, and an initial investigation shows he may have lost his balance while practicing tight turns in the field.

"Caution should be taken because many trails have portions of bare ground while other trails have sections that are closed entirely, Arsenault said. "It is critical for people recreating on snowmobiles to ride within their ability level. Most importantly, snowmobilers should follow each other at a safe distance to be able to identify and avoid potential hazards along the trail. For more information about safe riding, please visit www.ride.nh.gov.