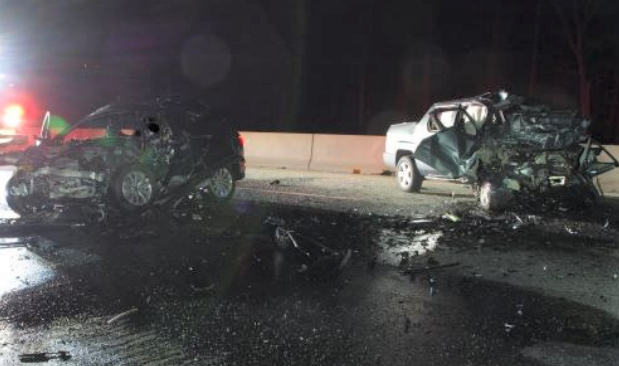 MERRIMACK - Two motorists are dead after a head-on crash on the Everett Turnpike early today.

The crash occurred around 12:10 a.m. on the Everett Turnpike southbound in the area of mile marker 16.6.

The vehicles were found blocking all three travel lanes, and one vehicle was reported to have been engulfed in flames.

State Troopers responded to the scene and found the vehicles involved were a 2009 Honda Ridgeline and a 2016 Audi Q5. Both drivers were pronounced dead at the scene.

Police say the collision appears to have been head-on in nature, and there were no witnesses to what may have caused the collision.

Troopers from the State Police Collision Analysis and Reconstruction Team are now working to determine a cause.

The roadway was shut down for approximately two hours while the scene was processed.

Anyone with information pertaining to this incident is encouraged to contact Tr. B. Tallon at the New Hampshire State Police - Troop B Barracks at 603-223-3849 or Brendan.J.Tallon@dos.nh.gov.