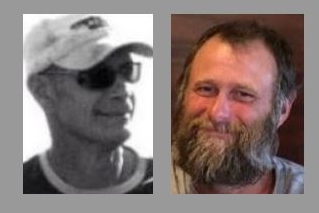 PORTLAND - Two fishermen who died when their fishing boat sank off the coast of southern Maine on Thursday afternoon have been identified as Arnold "Joe" Nickerson of Arundel and Chris Pinkham of Boothbay Harbor.

The two men died after their 42-foot groundfishing boat, the Hayley Ann, sank in frigid water a little after noon. The cause of the accident is under investigation.

According to reports, the Coast Guard cutter Steelhead got a distress signal from the Hayley Ann's emergency beacon at 12:23 p.m. At the time, the vessel was about 45 nautical miles southeast of Portland.

The crew of a Good Samaritan fishing vessel recovered the bodies.

Go Fund Me pages have been set up for both Nickerson and Pinkham.