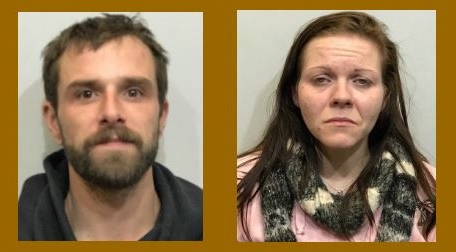 ROCHESTER - Two Rochester residents were arrested on outstanding warrants while at the city's warming shelter on Brock Street Monday night.

Tyler W. Ward, 31, a transient; and Natasha B. Oelschlager, 30, of 105 North Main St., were both picked up while officers were at the facility as part of an extra patrol aroubnd 9:45 p.m.

The pair were arrested inside the National Guard Armory where the city has set up a 24/7 warming shelter during the recent cold stretch.

Ward was arrested on a charge of criminal solicitation to commit a crime, while Oelschlager was charged with two counts of theft from a building.