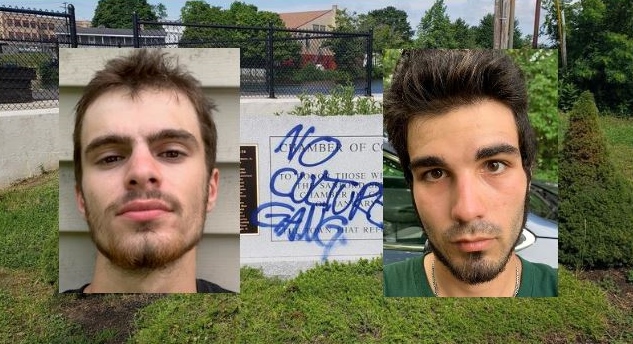 SANFORD, Maine - Sanford Police arrested two men on Friday in connection with graffiti incidents that occurred in the city on Monday.

Anthony Plateroti, 19, of Sanford; and Jacob Lanagan, 19, of Wells, were both charged with aggravated criminal mischief, a Class C felony.

The tag most commonly used was "NCG," "NCGANG," and "NO CULTURE," with the cumulative damage estimated at well over $2,000. Two suspects were identified early in the investigation and formally charged after being interviewed by police. Both subjects reported being members of a group called the "No Culture Gang."

The two claimed responsibility and reported others in their group were unaware of their actions and their actions were not sanctioned by the group.

The two will be arraigned on Sept. at 4 p.m. at York County Superior Court. They face up to five years in state prison if convicted.